James Valls on the keys to success 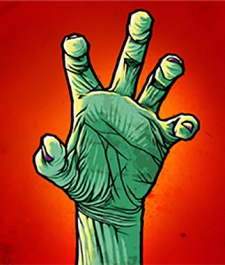 Rebellion has revealed that combined downloads of its games library across Windows Phone and Windows 8 have hit 3.5 million in less than 12 months.

Senior producer James Valls said the firm - which has released Judge Dredd vs. Zombies, Zombie HQ and Guns 4 Hire on Microsoft's platforms - has managed to find sustained success on Windows, despite criticism from outside that it has nothing to offer developers.

Games that market themselves

Valls explained that marketing the firm's games correctly was crucial to the level of success Rebellion has witnessed. However, he also stressed that a game should be able to sell itself to consumers.

"It sounds cliché, but marketing starts with the game itself. Players have to like it from the beginning," suggested Valls.

"'Marketing apps' means many things these days. When possible, we A-B test important artwork such as icons and key art to catch a player's eye, but sometimes - like with Zombie HQ - you just come up with an icon that is hugely successful, and you can't quite explain why.

"We would suggest you optimise copy and keywords for the Store too, [but] the game itself has to get players talking and sharing it with friends.

"Windows Phone is a relatively young platform with lots of evangelists, so we've found that word of mouth has been incredibly beneficial."

Developers should also be looking to choose a monetisation model that supports a user experience according to Valls, who suggested that companies should "pick the app and design the experience," in order to drive a business model,"not the other way around".

"We have experimented with different business models, and we picked a model to support our desired user experience," said Valls.

"We learned that to convert a user from free to paid, they have to feel that In App Purchase  has value."

"That involves getting over the 'chasm' of making a first purchase, and the entire experience has to be easy.

"We offer gamers something valuable at a low introductory price.

"We're not the first developer to discover that once a user has bought one IAP, they are more likely to buy more in the future."

Not just a 'quick fix'

Perhaps, though, the most crucial factor at play in Rebellion's Windows Phone success is the platform's expansive reach.

"Developing for the Windows platforms also allows us to reach people using Windows 8 desktops and laptops, which is a considerable audience," stated Valls.

"We love that Microsoft is working to bridge the mobile-desktop divide.

"When we can remove that barrier, we can incentivise people to engage with games, since they will begin to understand that they can start on one device and carry on where they left off at home, on another  rather than playing as a 'quick fix' on the commute."