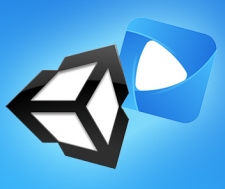 "What we're trying to do is make it so that you have a tool that let's you play your game, and enjoy your game, while we record automatically," said Oscar Clark, speaking about one of the freshest members of the Unity family, Everyplay, at this year's Nordic Game in Malmö.

Clark's passion for the platform was obvious from the get go, but he made it clear that this wasn't a sales pitch. Rather, it was a talk given by a man who believes in a service.

"These magical [gaming] moments happen randomly, so you should make sure that it's easy for you as a player to capture the things that matter," continued Clark.

"This is why I think the Everyplay acquisition was so important for Unity."

The beauty of Everyplay, according to Clark, is that it allows developers to reach out and connect with gamers, and, more importantly, all of their friends: it's all about creating a 'virtuous circle'.

"The player's friends get to see what's so darn good about your game, and you can allow that to happen with some intelligent design," said Clark.

"We're constantly looking for new ways to reach out to where audiences are, and more importantly, where their friends are.

"It's about building communities and building interest while allowing players to do cool things."

Clark now believes that Unity, with the help of Everyplay, is well on its way to changing the industry as we know it.

"We're trying to create a place for everyone who loves games, a place where we can discover content in easy bite size chunks, a place that's free to both developers and their audiences," explained Clark.

"We've changed the way we think about game design, development, and monetisation, and we've done it at exactly the right time. It's an amazing place to be, and I'm glad that I'm a part of it all."