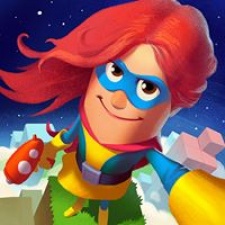 Having taken Grand Cru nine months to roll Supernauts out of soft launch, the Finnish developer has now announced it has taken the game just six days to hit 1 million downloads.

Other details are thin on the ground, but in a statement pushed out to the press earlier today, the studio said the game had also been named as Editor's Choice by Apple in 40 countries according to App Annie.,/p>

At the end of June, the Helsinki-based outfit told PocketGamer.biz that it found the hype that surrounds the studio – pitched by many as Finland's 'next big thing' – as "a little bit funny".

"I don't know where that came from, but it's a little bit funny," CEO and founder Markus Pasula said at Pocket Gamer Connects.

"I guess all of the funding we raised probably put some of that pressure in there. We're trying not to think about it too much so we don't lose our focus."