Endorsing by the celebutante 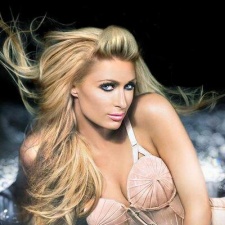 Kim Kardashian and Katy Perry have already been signed up by Glu Mobile, but apparently the next celebrity-based mobile game will involve Paris Hilton.

The Australian Financial Review is reporting that Hong Kong-based and Australian-floated Animoca Brands (ASX:AB1) has signed up the hotel chain heir.

Of course, Hilton is no stranger to mobile gaming.

Back in the days of Java - and the peak of her fame/infamy - Gameloft released Paris Hilton's Jewel Jam (aka Diamond Quest).

This game will be very different to that themed match-3, however.

There are no firm details yet, but it's expected to be released at the end of 2015, and while Animoca Brands CEO Robby Yung has said that the game will revolve around celebrity, fashion and style, it won't ape Kim Kardashian: Hollywood  - a game that added hundreds of millions of dollars to the value of its publisher Glu Mobile.

Animoca has previously released its successful Star Girl game, a mobile series that revolves around fashion and which could possibly be reworked into a Paris Hilton game in the same way that Glu reworked its Stardom game for Kim Kardashian.

However, one significant difference between Animoca Brands and most other mobile publishers is its portfolio strategy, which relies on maintaining a high volume of releases, rather than attempting a standout global hit.