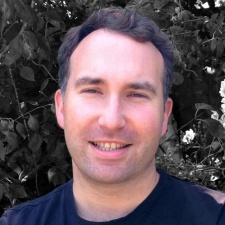 Previously of UK developer Wonderland - published by ngmoco, bought by Zynga - Matthew Wiggins is now back in the F2P mobile industry with his new developer Jiggery Pokery.

It's currently working on GodFinger 2, which is in soft launch.

Talking at Develop:Brighton 2015, Wiggins remains confident that the mobile F2P market is viable for startups.

"I don't agree that the market is locked down. But you have to generate some momentum, you have to find some unfair advantages?" he argued.

These unfair advantages are about what makes your company and your game special.

"You need to focus on the things you do really well," he said.

In this way, Wiggins argued that money is not an advantage for most developers as companies such as Supercell, King and Machine Zone can outspend anyone.

Instead you need to make a game people can love.

"In F2P, people will only give you money if they love your game," Wiggins said.

But it's not just about the game, as gaining the assistance of the industry can help providing that initial momentum.

"You need positioned yourselves as a company that people want to help," Wiggins pointed out.

Similarly, he said that developers need to be honest with themselves. Whether that's about whether all they want to do is make a lot of money, or why their game wasn't successful.

"F2P games have a bad reputation, but you need to love your game and love your players," Wiggins said.

"If your game wasn't a success, it wasn't your players' fault. It was your fault."