Next Games' Kalle Kaivola shares tips for working with IP 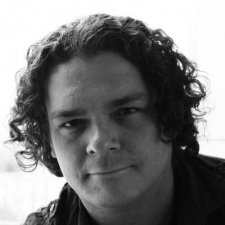 As user acquisition costs increase, mobile game developers leveraging the power of brands are only going to increase in number.

Helsinki studio Next Games is one that's been there and done it, having launched the AMC TV series tie-in The Walking Dead: No Man's Land.

As such, the company's Head of Licensed Games Kalle Kaivola takes the stage at Pocket Gamer Connects London with advice to share.

Coordinating with an IP holder is not easy, Kaivola says, and needs work from both sides: "it's going to take a lot of communication just so that both parties even understand what's going on."

On the most fundamental level, he says that "whatever concept you come up with has to fit within the bounds of the IP."

The Walking Dead: No Man's Land was never likely to be a match-3 game, then, but Next Games took the IP to a more hardcore place than one might expect of a free-to-play mobile title.

"We kind of took a risk there, making the core gameplay about tactics," explains Kaivola.

One particularly contentious area was the introduction of permadeath - not something often seen in the free-to-play space.

"People are very hesitant to take anything away from the player these days," he says.

"[Losing a character] does feel like a short, stabbing pain for a while, but it makes everything before or after more meaningful... we asked ourselves, are we making The Walking Dead or Disney's The Walking Dead?"

Another of Kaivola's tips is to ignore the urge to re-enact significant or iconic moments from the source material, as it will add little value and often be at odds with mobile play patterns.

Rather than repetition, Kaivola explains, "what you should focus on is the essence of what makes the IP tick."

"Fallout Shelter is a great example - nothing like any other Fallout game, but the vibe is exactly the same as the series."

Kaivola also recommends that developers be hesitant when approaching an IP that has spawned multiple games already - Star Wars is his example - and ensuring there is a reason for yours to exist.

"There are other The Walking Dead games, and they're really good, but where we really lucked out was that there wasn't a game based on the TV series," he says.

However, even if you get all this right, Kaivola stresses that protecting your rights is the most important thing.

"If there's one suggestion I'd have for those who've never [worked with IP], it would be to get a good IP lawyer."

From startup to consolidation in 2 months: Next Games buys Helsinki Gameworks