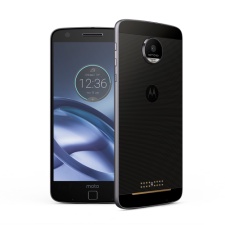 Motorola will be the first third-party Android manufacturer to support Google's Daydream VR as it rolls out an update sometime this week.

The Moto Z and Moto Z Force will both receive updates to Android Nougat 7.0 later this week which enables them to use Google's VR software.

The update also comes with Vulkan API support to boost game graphics on the devices. A host of other changes, like split-functionality and new emojis, are also available.

Until now, Android Nougat 7.0 was only available on Google's own devices, including the recently launched Pixel phone.

Its adoption rate has therefore been quite small. Google itself claims that 0.3% of Android devices have the most recent OS installed.

The Daydream View headset launched earlier in November in five countries for $79. It is a mobile VR headset that works with a wireless controller.