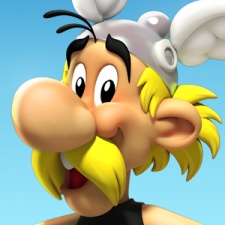 Asterix and Friendsdeveloper Sproing is laying off a number of staff as the company looks to restructure its business following the cancellation of a big project.

Der Standard had reported that the company, which employs 100 staff, started insolvency proceedings and owed as much as €2.8 million.

Sproing CEO Harald Riegler told GamesIndustry.biz however that under Austrian law, the firm was not entirely insolvent and had in fact filed for ‘Sanierung’, which means it can continue running as a business.

As a result of this however, the studio is set to lay off two of its five internal teams as it restructures to pay off creditors. Riegler did not clarify exactly how much debt the company had accrued, but hopes that cutting the number of teams would help it generate profits again.

"This step is very sad, and we're terribly sorry for those affected, but it doesn't jeopardise the studio per se," he said.

"We sincerely wish those affected the best of luck and are actively helping them to secure more work. At Sproing, we are now focusing on the future as a smaller, more focused team."

Sporing has developed games for PC, console and mobile platforms, including the Bandai Namco-published Asterix and Friends, Panzer Tactics HD and Skyrama. It is currently at work on racing game Drone Champions for PC.