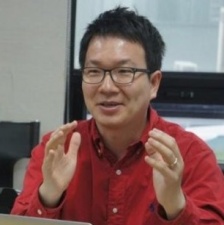 While the thought of Artificial Intelligence (AI) sometimes renders visions of a dystopian future in which humans are replaced by robots bearing superior intelligence and capabilities, the truth is that the application of AI in both the current and future state of mobile games development is not nearly so far removed – or so scary.

Computers have already begun to augment humans for several functions at many of today’s top gaming studios, and this trend is only getting started.

From live operations and fraud detection to user acquisition, games developers throughout the world are turning to AI and machine learning to automate and optimise tasks that previously required manual (aka, “human”) labour.

Not only can computers do most tasks faster and more efficiently than humans, but as AI algorithms get smarter over time, they are learning to do them much more effectively as well.

AI’s role in the future of game monetisation and engagement is closer than you might think. Here are six important ways that games developers are either using AI today or will be using it in the near future.

AI enables devs to recommend the one or two items that a specific player is most likely to be interested in based on their playing style.

The simple, manual solution to this problem is to allow players to self-select a difficulty level. But that can still lead to frustration for both types of players. AI enables developers to dynamically change the parameters of the game in real-time, based on the player’s abilities and success rates.

Depending on how quickly (or slowly) a player advances, the game can deliver a custom-built experience to match their skillset.

By dynamically adjusting variables such as the strength or speed of opponents, the frequency of power-ups, or the speed of play, developers can use AI to ensure that their game offers the perfect level of challenge for any type of player.

If Amazon can use AI to recommend what type of books you’re likely to read and Netflix can use it for movies, why can’t developers use AI to serve up product recommendations? They can, and many of them do.

Rather than making players browse through their entire storefront to find the right power-ups, vanity items or other virtual goods, AI enables app developers to recommend the one or two items that a specific player is most likely to be interested in based on their playing style, purchase history, similarity to other players, and other factors.

That way, promotional offers are much more targeted and effective.

In a freemium economy, only a small percentage of players are likely to ever make an in-app purchase, while the vast majority of players will be monetised through advertising.

If developers could somehow predict which players are going to convert into paying customers, they could treat them differently to increase the chances of them doing so.

With advancements in AI, developers can now do just that. AI enables developers to predict, early on in a player’s lifecycle, the likelihood that they will either become a payer or remain a non-payer.

For those in the former bucket, the developer can then serve promotions and exclusive offers to encourage faster conversion, while focusing on monetising those in the latter bucket through videos and other types of advertising engagements.

Churn is the enemy of all free-to-play app developers. But AI enables developers to analyse the signals that indicate when a player is about to churn and take specific actions to prevent it from happening.

With AI developers are able to predict how much value a player might deliver before they even install the app.

Suppose a player’s session frequency is waning. AI computers might identify that player as being at high risk of churn and, based on their history and preferences, recommend a specific campaign designed to keep them playing, perhaps offering them a new power-up or gifting them with some in-app currency.

With AI, however, developers are able to predict how much value a player might deliver before they even install the app. This goes beyond “lookalike” or “actalike” user targeting, allowing developers to make more accurate predictions about how much money a player is likely to spend in a game, how much viral value they might bring into the game, or how long they will spend playing it.

AI can even advise a developer on how much to spend on a specific prospect, helping drive a more effective return on ad spend.

Fraud was said to have cost mobile games developers over $6 billion last year. Much of the problem stems from developers paying for CPI campaigns riddled with bots, as opposed to real players.

But AI agents can now be deployed to run a series of verification checks to ensure that each new install is in fact from a real, live human being. If the system suspects that an install is has stemmed from a bot, it can put a hold on the payment and save the developer a significant amount of money.

AI will never entirely replace humans when it comes to game design and development, but it can be used today to assist with many of the manual tasks have have long been required to successfully drive engagement and monetisation.

Developers would be wise to embrace AI, as it not only benefits the business, but also allows them to provide a better, more tailored experience for their users.