Designed to bring mothers into the games industry, but all are welcome 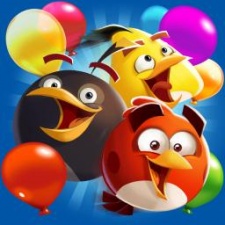 Rovio has launched a new game jam specifically aimed at experienced women looking to get into the games industry called MumJam.

As reported by GamesIndustry.biz, the event is designed for mothers who have struggled to return to work after having children, in order to connect them with industry professionals. The jam is not exclusively limited to mothers, but Rovio is aiming for at least one mum on each team.

MumJam will run on November 11th-12th 2017 in London. Free on-site childcare will be provided to entrants who require it. Anyone interested in taking part in the jam can sign up with this form.

"It's really important to us to create a diverse workforce," said Rovio London's Senior Recruiter Michelle Simon, speaking at the recent Women in Games Conference.

"Obviously, there are already a lot of things going on in the industry in support of students but what we wanted to focus on was more experienced talent and hopefully encourage more mums into the workplace as they struggle to get back to work after having children."

2017 has seen a number of initiatives promoting women in the games industry. Gram Games started up its 22% Project to encourage more women to join the industry, while Wooga funded five women to attend Unite Europe 2017.