UA spend went up by 308.7% in its July-September period 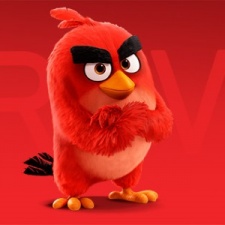 Rovio's share prices have fallen by 20% two months after its IPO following profits falling 70% due to increased user acquisition spending.

The company has released its interim report for the year, which shows revenues have grown 41.2% year-on-year during its July-September 2017 period to $83.8 million (€70.7 million).

As a result, Rovio's share price has fallen by around 20% at the time of writing. It is currently trading at around €9.5 a share, having started trading at €11.5 back when it IPO'd.

In line with strategy

"In line with our growth strategy, we significantly increased our investments in user acquisition, which predictably led to a decline in profitability," said Rovio CEO Kati Levoranta.

"Rovio's successful listing on the Helsinki stock exchange at the end of September was evidence of the strong interest in our growth strategy, also in the capital markets."

The developer started trading on Nasdaq Helsinki on September 29th 2017. Just under a month after it went public, the company was still trading at a level close to its initial share price.