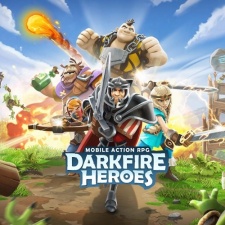 Rovio has released its financial report for Q3 2021, spanning from July to September 2021.

This was Rovio’s best-performing period since 2019.

Angry Birds Friends showed strong performance in terms of gross bookings growth. This was driven by an increase in UA spending - $21 million in Q3.

Launched in April 2021, the Darkfire Heroes team has now been reassigned to ‘more promising and wide-appeal projects while moving the game to lean maintenance’, according to CEO Alex Pelletier-Normand.

“Yet another eventful quarter behind us,” said Pelletier-Normand commented.

"The profitability was at a high level, mainly due to higher revenue, incremental income from Angry Birds Reloaded on Apple Arcade and somewhat lower user acquisition investments.”

In September, Rovio also closed the acquisition of Ruby Games. The team launched Forensic Master that same month and it reached the number one position in US download charts.

Rovio announced in September that Heini Kaihu will transition from Head of HR to a new role as Rovio’s Chief Sustainability Officer. The aim is that this newly created position will strengthen Rovio’s commitment to creating long-term value for employees and shareholders.

Also announced was a new free-to-play casual mobile game studio in Toronto, Canada. It will focus on more casual and wide appeal games.

You can find out more about Rovio's financial report here.