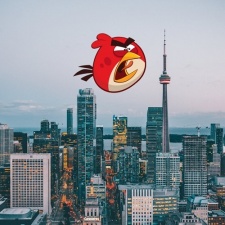 Rovio has revealed the formation of a new mobile games studio based in Toronto, Canada.

The new studio will be headed by industry veteran Julie Beaugrand who has held leadership positions for the past 11 years.

Beaugrand began her career in the mobile games industry as an executive producer at Gameloft in 2010.

By 2012 Beaugrand stepped in as head of studio with Gameloft for seven years, eventually rising to vice president of Gameloft’s North American studios.

The studio currently has two open positions listed on its website for the new location: senior game designer and creative director. The studio is yet to receive its corporeal form due to COVID 19 restrictions and is scheduled to be established at a later date, with remote working currently implemented.

"We build studios around people we trust and share values with," said Rovio CEO Alexandre Pelletier-Normand.

"With Julie’s direction, we can build a world-class team that furthers Rovio’s expertise in free-to-play casual mobile games, increasing our bandwidth to reach casual audiences. Creating new teams with strong studio heads and core teams is part of our growth strategy."

Newly-appointed Beaugrand added: "I feel incredibly fortunate to be joining the Rovio ranks and to build a new vibrant studio. Together with an amazing community of talented game makers, we have a unique opportunity to create a great place to work, explore new and creative avenues in the casual space and make games we love."