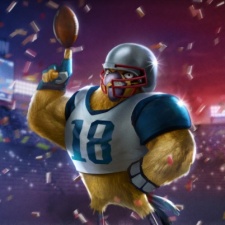 Finnish developer Rovio has partnered with the NFL (US National Football League) to bring Super Bowl LII-themed characters and items to its games for a limited time.

Angry Birds 2 players will get the chance to outfit their roster of characters with any of 32 official NFL jerseys and helmets to compete in Super Bowl-themed game levels as well as in-game competitions.

Angry Birds Evolution meanwhile will feature 32 new NFL characters in the game. In PvP meanwhile, the ‘Oinktagon’ has been given a makeover to look like a football field.

The NFL in-game events will run from January 24th to Super Bowl Sunday on February 4th.

"We have lot of sports fans on both Angry Birds Evolution and Angry Birds 2," Rovio VP of games Miika Tams told PocketGamer.biz of the deal and its new in-game events.

"The Super Bowl is an amazing sporting event, followed by hundreds of millions of fans globally, so obviously when we had the opportunity to create a specific timed event with the NFL for both games, we were really excited. This is a perfect match for player base and target audience for Angry Birds Evolution and Angry Birds 2.

"During the event, Angry Birds Evolution changes to the “Road to Super Bowl” world which can be seen everywhere in the game - from PvP arena to the Bird Island. The players have a chance to get a bird with each NFL team’s branding in the game. There are 32 teams in the NFL - so we have created 32 different birds with team logos in the game.

"Angry Birds 2 will focus on the NFL team helmets. The player can collect chosen team helmets for all the birds during the time of the event. During the event, these helmets are even more powerful than the legendary hats in the game. Again, all of the 32 NFL teams are represented in the game.

“The Angry Birds portfolio provides an excellent platform to reach millions of mobile gamers and football fans around the world.”