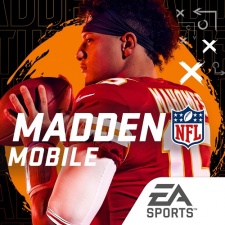 Update: Electronic Arts and the National Football League (NFL) have agreed to an exclusive partnership that will see the publisher continue to create Madden video games based on the license until May 2026.

The agreement took place on May 28th, though financial terms of the deal were not disclosed. This deal extends the relationship between the two firms which was established 30 years ago.

"EA has done a nice job of ensuring the game matches the experience during a game week," said NFL VP and head of gaming and esports Rachel Hoagland.

Original Story: National Football League (NFL) owners are set to take a vote on whether or not to renew Electronic Arts' rights to produce NFL games.

As reported by Sports Business Daily, if the vote goes EA's way then the American firm will be able to create the Madden games and spin-offs until the 2025 season. However, there is a chance for the rights to be extended to the 2026 season should the developer achieve revenue goals.

If the owners do not extend the rights for Electronic Arts, the publisher's license will run out after the 2021 season.

Two months ago, the NFL gave permission to Take-Two Interactive to create non-simulation titles using the league's brand. However, should the NFL renew EA's rights, it will be at least five years before Rockstar's parent company can attempt to get the full NFL license.

EA and Google have teamed up to bring multiple titles to Stadia including Madden NFL.