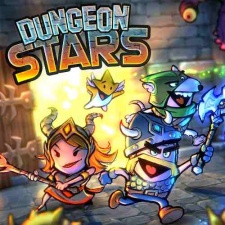 Dallas-based developer Furnace Games has signed a publishing deal with Mini Guns developer Riposte Games for its next two games.

The deal will see Riposte publish Furnace's upcoming game Dungeon Stars, which is set to launch on mobile, PC and consoles. The game is a hack 'n' slash dungeon crawler and is due to launch some time in 2018.

The team at Furnace Games has previously worked on mobile titles such as Castleville for Zynga and Dungeon Boss for Boss Fight Entertainment. It was founded in 2016 by Jim Montgomery and Allan Ditzig.

"We just upped the ante dramatically. With this deal we have added Editor's Choice quality talent to our power team," said Riposte CEO Johan Eile.

"Dungeon Boss was a staple in the top grossing charts in 2016 and is still a very good game and to be able to collaborate with the talent behind something like that is obviously awesome."

Riposte's Mini Guns surpassed one million downloads in its first three weeks of release. The developer is currently prepping for a major update to the game, set to launch in March 2018.