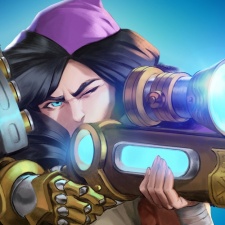 The free-to-play title spent a year in development before being soft-launched in the Philippines, Canada and other countries on May 29th 2017.

Quantum Siege undertook 14 updates before the decision was taken to shut the title down, which included an entire UI overhaul and redesign in the game’s second update on July 11th. The visuals received a similar treatment with the game’s 12th update on December 19th.

“The battle is over”

Quantum Siege will remain accessible to players until April 30th, though in-app purchases have been disabled.

“The battle is over. We have been testing Quantum Siege extensively with new updates and improvements, however the results did not meet our expectations,” read a statement from Armada Interactive to players.

“So, with a heavy heart, we have to inform you of our decision to cancel the game.”

It added: “This is not Goodbye! We at Armada Interactive are hard at work on new games.”

We’ve reached out to Armada Interactive about what the game’s cancellation means for the team.

In February 2017 Armada raised $10 million in seed investment to fund games development at the studio. It had previously raised $3 million in a prior seed round in April 2016.