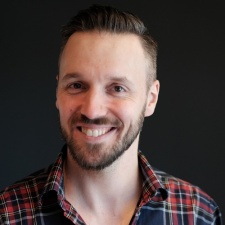 The developer behind Hitman, Lara Croft and Deus Ex Go, Square Enix Montreal, is no longer working on any new entries in the franchise.

That's according to studio head Patrick Naud who, speaking to PCGamesInsider.biz, said that the premium mobile games market is becoming increasingly difficult to see success in. This is a challenge that Square Enix Montreal has been aware of for some time.

"The Go series was a great adventure for us as a studio. We've done the three games, we've seen the wind. The hardest element is making premium games on mobile.

"It's one of the challenges we have today is the premium mobile market is diminishing. You've got more and more high-quality free titles so there are even fewer and fewer people inclined to try something that will not be free.

"Despite the critical success and the great revenue we've had, it's sad to see that our games are only played by a small slither of the population because of the price point. That's such a big barrier for mobile users. A lot of people consume mobile games only and they have all these options, all these games; why should they invest money in this one unless they're very convinced?

"That doesn't mean they won't spend in-game, but they want to spend on a game that they're sure they're going to like. The perception of choice makes it that even if it's only $5, that's too much."

The studio is still focused on making mobile games though. Following on from the Go series, Naud still wants the studio to innovate in the mobile space with new concepts, which he hopes will then become a standard which others look to.

"There's still the ambition of crafting the best games in the industry. If we keep that as part of our DNA, we're going to engage users for years and years to come, which is the plan now."

Square Enix Montreal was founded in 2011 as a PC and console-centric studio but pivoted to mobile in 2013. It released Hitman Go in 2014, before Lara Croft Go and Deus Ex Go were rolled out in 2015 and 2016 respectively.

The studio is also known for its work on Hitman Sniper, which has racked up more than 10 million downloads.