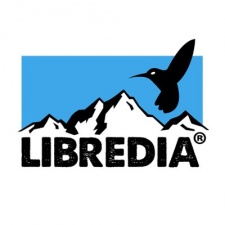 Digital distributor Libredia announced yesterday that it plans to make a move into publishing.

The German company is expanding its team in anticipation of the move. On top of publishing new releases, Libredia also intends on taking over publishing duties for games it currently distributes.

"With our strong global presence working with over 120 partners and hundreds of portals and digital stores around the globe, we have established an ideal basis for the distribution of digital entertainment products," said Stefan Layer, COO of Libredia.

"It is only reasonable to use this potential for the successful placement of our own products on a wide scale, on top of our existing line-up."

Libredia’s ultimate goal for 2018 is to have a portfolio of six releases. First off the mark is Woodpunk, a roguelike shooter by Meteorbyte Studios.

The company is also taking over publishing duties for GUTS and Bohemian Killing - two games it currently distributes. Both of the latter are set to see updates and new features for upcoming console releases.

While currently focussed on gaining a foothold as an international publisher, Libredia won’t be abandoning it’s current crowd. The outfit still intends to serve as a distributor for self-published games.