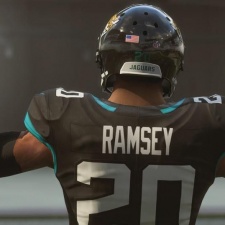 The Madden line of football games has roots as far back as 1988 on the Apple II and MS-DOS. Since then, it’s become one of the strongest cards in EA Sports’ hands, topped only by FIFA.

Across PC and console, the franchise has amassed over 130 million sales. Supplementing that is mobile titles in the series, adding another 73 million sales to a total of over 200 million.

"It's incredible how many people have enjoyed Madden NFL over the years, and the impact it's had on not only teaching the sport of football but growing the love of it as well," said EA Sports EVP and group GM Cam Weber, in a statement.

Read the full story over on PCGamesInsider.biz