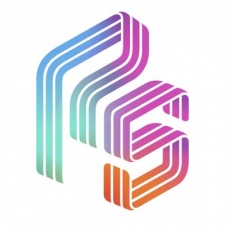 London-based publisher PlayStack has picked up a majority stake in Finnish developer Hisome for an undisclosed fee.

Based in Helsinki, Hisome has been renamed PlayStack Oy and will now be responsible for finding new partners in the Nordic, Baltic and Russia region. PlayStack offers a number of services, including publishing and various funding options.

The developer had also been developing new titles and technology, which it will continue to work on following the deal.

PlayStack Oy is led by GM Juha Huhtakallio, who has worked at various studios including Digital Chocolate, Housemarque and Kuuasema. He was also a previous winner at the Very Big Indie Pitch at Pocket Gamer Connects Helsinki 2016.

“Our partnership with Juha and his incredibly talented team is a further signal of our commitment to publishing the best games as well as harnessing the rich developer talent that is so highly evident in the Nordic, Baltic and Russian region,” said PlayStack CEO Harvey Elliott.

“This acquisition gives PlayStack a firm foothold in the region as well as an award-winning and talented team in our new Helsinki offices to create some amazing games and technologies.“

Huhtakallio added: “Partnering with PlayStack represents an incredible fit for me and the team at Hisome.

“Since we begun our discussions, we have shared a common vision. We look forward to producing new titles and technologies as well as helping PlayStack bring its unique publishing approach of funding, publishing expertise and tech to the brightest and best developers in the region.”

PlayStack is one of a large number of companies set to attend Pocket Gamer Connects Helsinki 2018 on September 11th to 12th.