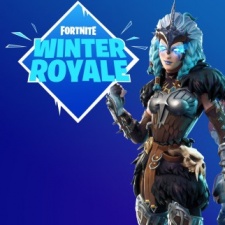 The next stage of competitive play in Epic Games’ battle royale will also act as a qualifying event for next year’s Fortnite World Cup.

During the Winter Royale Qualifiers, a number of top performers in North America and Europe will take part in their regional finals, competing for a slice of the $1 million prize pool.

“There will be several chances for anyone to try and get a high score during the Winter Royale Qualifier days,” said Epic Games in a blog post.

“The highest score you achieve during any event session will be the one that counts, so be sure to give it your all!

“As part of our ongoing competitive tests to prepare for the Fortnite World Cup, Winter Royale will use the same game settings as the currently available Pop-Up Cup.”

Winter Royale is another slice of Epic’s huge push towards esports. The developer lined up a $100 million pool for competitive Fortnite during its first season.

The battle royale hit continues to move from strength to strength, with the iOS version of Fortnite pushing past $350 million in worldwide revenue this month.