Report: There's been an 80 per cent rise in Western game installs in East Asia 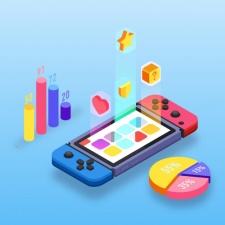 Western games saw an 80 per cent increase in non-organic installs in East Asia this year.

That’s according to Appsflyer’s latest report on The State of Gaming App Marketing, which claims that the sheer scale of China and quality in Japan is leading to many developers looking at the region.

Localisation is named one of the biggest challenges in the reason, but perhaps less so than bureaucracy. China’s government has, after all, continued its controversial freeze on new game approvals.

The report also reveals that strategy and midcore games now account for 60 per cent of overall gaming downloads.

This rise is credited to the increasing availability and decreasing cost of powerful smartphones.

Hyper-casual games lept in popularity, seeing 3.5x more downloads in 2018. They still represent a fairly tiny portion of the market, however, making up only 5 per cent of gaming downloads.

Also reported is that cost-per-install is 50 per cent higher on iOS than Android on average, at $1.35 and $0.89 respectively.

The full Appsflyer report on The State of Gaming App Marketing 2018 can be found here.

Report: Non-gaming apps are at higher risk of install fraud