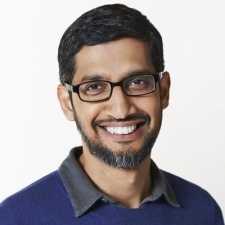 Google has no plans to drop its 70/30 revenue split on the Google Play Store despite some companies looking to circumvent it and new stores emerging promising a lower cut.

"On Google Play, obviously, we do this at scale, thousands of developers rely on it to safely and seamlessly distribute their game to billions of android users worldwide," said Pichai.

"And we invest a lot in our infrastructure to continuously make sure their overall experience is safe and results in high engagement and for the developer's back.

So I think there's a value exchange there and it's been the industry standard. And so, I think we will continue down that path and -- but obviously always adapt to where the market is."

While never mentioned by name, there’s one name in particular right now that could threaten Google’s grasp on the Android market.

Doubled that with Epic launching its own PC storefront at the end of 2018, with signs that the Epic Games Store could eventually make its way to Android.

Sweeney said at the time: “The 30 per cent store tax is a high cost in a world where game developers’ 70 per cent must cover all the cost of developing, operating and supporting their games.

“But on open platforms, 30 per cent is disproportionate to the cost of the services these stores perform, such as payment processing, download bandwidth and customer service.”