A change in direction for the publisher of A Normal Lost Phone and Bury Me, My Love 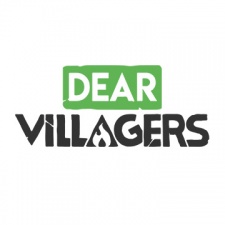 Games publisher Playdius has rebranded as Dear Villagers following the $2.25m investment round raised by parent company and distributor Plug In Digital.

The funding will largely go toward a new publishing strategy for the division.

A statement from Dear Villagers head of publishing Guillaume Jamet said the company’s new direction would see it focus on midcore to hardcore games for PC and console from indie and ‘double-A’ developers.

Playdius has previously published games such as A Normal Lost Phone and Bury Me, My Love. It looks as though the publisher is leaving mobile behind however to focus on other platforms.

Playdius is set to reveal the first titles of its new lineup next week.

“With Playdius we built a very eclectic line-up from mainstream narrative games on mobile to hardcore RPGs on PC and console,” said Jamet. “We are proud of what we have accomplished but we also think our message wasn’t clear enough.

“As our company grows, we decided to roll out a new ambitious publishing strategy based on a strong new brand, that clearly identifies as a provider of mid to hardcore games on PC and console.

“Dear Villagers is a warm hearted invitation to join us in the little unusual neighbourhood we are building within the gaming industry, a place where talented studios can unleash their creativity and where players enjoy distinctive and audacious games.”

Update: Dear Villagers head of publishing Guillaume Jamet has clarified to PocketGamer.biz that as part of its new strategy, the publisher will be "clearly focusing on PC and console", though it may occasionally return to mobile in future.

"That said, we might occasionally tap back into the mobile field again, such as releasing mobile ports of past games.

"However, we will keep our mobile portfolio growing under the banner of our parent company Plug In Digital, who will be supporting and distributing a variety of mobile titles.

"One of their upcoming releases will for example be the latest game from Accidental Queens (A Normal Lost Phone, Another Lost Phone), a very talented mobile focused team which we previously worked with prior to our rebrand. As such, we’ll definitely be sharing our expertise across the teams!"