Sims and Final Fantasy creators onboard 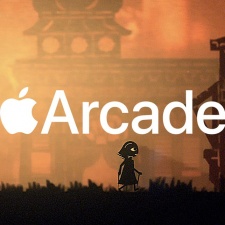 Apple has revealed that it will fund exclusive games for its new subscription service Apple Arcade.

This information was revealed during Apple’s March keynote in California. During the event, Apple showed off its new premium games subscription service while promising that over 100 new and exclusive titles will be included in the package, with more to arrive in the future.

Any game commissioned for the service will be completely exclusive and will not be possible to download as a separate install outside of Apple Arcade. Games will be available to play across iPhone, iPad, Mac and Apple TV.

According to the tech firm, the idea behind this is so developers don’t have to worry about the financial aspect and can concentrate on creativity,

So far numerous well-known developers have signed up to create games for the program, including Sims inventor Will Wright and Final Fantasy founder Hironobu Sakaguchi. In total Apple listed 35 developers and publishers working on projects for the service.

No price has been given for Apple Arcade however the subscription service was confirmed to be launching in autumn 2019 across 150 countries and regions.