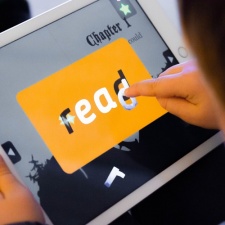 Games learning platform Kahoot has revealed a second acquisition in the space of a week with the purchase of learn-to-read app Poio.

The app aims to help children learn to read through playing games. To date Poio is said to have been played by more than 100,000 children across Scandinavia.

Following the acquisition an English language edition is set to be launched in June and made available to Kahoot’s network of hundreds of millions of users.

“We’re impressed by how Poio has already helped more than 100,000 children in Scandinavia to learn how to read in an awesome way,” said Kahoot CEO Åsmund Furuseth, CEO.

“In June we are together launching Poio in the UK and to our international community of millions of users, empowering kids everywhere to play, learn, and find joy in reading.”

Last week Kahoot announced it had bought educational apps developer DragonBox in a deal worth $18 million in cash and shares. The studio specialises in creating math ups under the DragonBox brand.