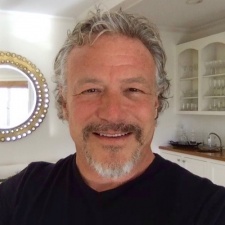 Budge Studios focuses on the development of children’s entertainment mobile games and apps and has worked with leading IP, including Barbie, Paw Patrol, Hot Wheels, My Little Pony, and more.

The studio’s target audience is children between the ages of three and 13 and include puzzles and creative games around daily activities.

To date, Budge has accumulated over 1.25 billion downloads across its portfolio and has tens of millions of MAUs, as well as 300,000 recurring subscribers.

The acquisition will allow Tilting Point to expand into a new audience and enter the fast growing "edutainment" vertical. As common with Tilting Point’s acquisitions, Budge Studios will continue to operate independently with its 129 employees.

"Budge’s decade-long laser focus on the children’s audience, with over 50 successful apps, is very impressive and is a great addition to our catalogue," said Tilting Point founder and co-CEO Kevin Segalla.

"We look forward to merging our publishing expertise with their great content to truly amplify Budge’s potential."

Budge co-CEO David Lipes commented: "Joining the Tilting Point family is an exciting and huge opportunity for Budge. With this acquisition, we will continue operating independently to develop the best creative content, plus have even more access to globally-recognised IP and a greater ability to bring our games to even more children worldwide."

Last month, Tilting Point acquired South Korean mobile developer AN Games, the developer of MMO AstroKings. Tilting Point plans to scale the studios games into both Eastern and Western markets. You can see a roundup of all recent deals and acquisition on the PocketGamer.biz deal resource page.