Players can sign up to a closed beta now 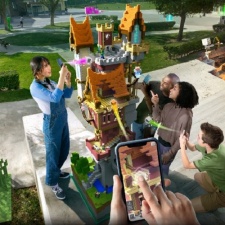 Microsoft has unveiled Minecraft Earth, a new augmented reality game that lets players explore the world of Minecraft through their mobile devices.

A trailer was released as part of Minecraft’s celebrations surrounding its 10th anniversary since launch. The video shows a young girl traversing her neighbourhood while interacting with block elements and creatures from the universe.

The title will be free-to-play and will allow players to build creations with friends and place them in the real world. On top of this, Minecraft mobs will battle users, putting their survival skills to the test.

Minecraft Earth will roll out this summer in a closed beta for iOS and Android devices.

Players can sign up here to be in with a chance of participating.