Cultist Simulator generates $226,000 on mobile in less than two months

61,671 downloads across the App Store and Google Play 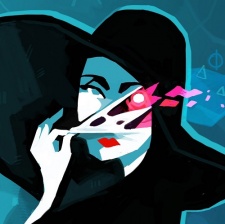 British studio Weather Factory has revealed that its card-based simulator title Cultist Simulator had generated nearly €200,000 ($226,000) in revenue on mobile.

32.1 per cent of Cultist Simulators revenue has been generated from the US, which came in at an estimated $80,301.1.

Following this closely was China, which accounted for 31.3 per cent of spending, with the UK taking third at 11.8 per cent. Canada snagged fourth at 3.8 per cent while Germany and Australia claimed fifth and sixth spot with 3.2 and 2.2 per cent respectively.

Cultist Simulator is a single-player narrative-driven experience that sees players raising a cult with the potential for an apocalyptic outcome. The game was ported to mobile by Playdigious with both companies taking a 50/50 split in revenue to earn $113,000 each.

We recently spoke to Weather Factory co-founder Alexis Kennedy about the game as well as how the studio prioritises making fun over profit.