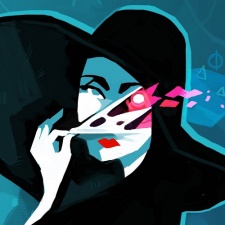 Playdigious is a France-based indie game publisher that has been in the gaming industry for some years now - we will celebrate five years of existence in May 2020, yay!

Even though we have recently expanded our activity to PC and console with upcoming games like Dungeon of the Endless on Switch and PS4, Turmoil on Switch and The Almost Gone on PC, Switch and mobile, we've got some pretty good results with premium mobile games, such as Evoland 2 and Dead Cells.

Thus, we figured it'd be nice to share some numbers on one of our projects that was released a year ago on mobile devices and tablets: Cultist Simulator.

But let's start with a bit of background on this project. Weather Factory is the London-based studio that brought you the occult Cultist Simulator, a game that is deemed to mesmerize you with its stunning writing and atmosphere.

The gameplay is simple enough in itself: by combining cards, you aim to create your own cult and access immortality. However, you'll have plenty of trial and error to do before you begin to understand what your actions are actually doing in the hope of progress, and also your own survival - not just from enemies and rituals, but even from daily mundanities such as hunger, illness, and despair.

Despite its quite niche genre, Cultist Simulator has tempted over 400,000 players on PC alone! And it was our job, at Playdigious, to port this mesmerizing indie gem to the mobile scene.

We started working on Cultist Simulator mobile in September 2018. It wasn't our first rodeo for a PC adaptation on mobile. At this point, we had already successfully released Evoland, Evoland 2 and Teslagrad, among other titles.

Compared to other projects, especially Dead Cells, which we were also working on at the time, the controls for Cultist Simulator were quite intuitive to adapt to mobile: drag and drop cards, easy enough. However, that didn't mean it was without challenges.

As mentioned earlier, the game has amazing writing. Which means: text. A LOT of text. Enough for a 250 pages-long book. And this text had to be visible and readable on screens way smaller than your typical PC.

The UI was not an easy task to adapt either: we had to make sure that every important element was visible enough to the players, so we had to rethink it to make it more mobile and tablet-friendly. This included many changes, among other things:

• Modifying the position of the verbs, so that they always show up on the same spot of the screen instead of above the table and cards
• Implementing new positions for UI elements, as well as new and more accessible buttons for "Pause" & "Play/Fast Forward", to help players with the rhythm of the game
• An option to show and hide resources to not cluster the screen with too many elements at a time

After seven months of development and several rounds of QA to ensure the quality of the mobile port, we were able to release the game on April 2nd 2019, just in time for the BAFTA Game Awards, which included two nominations for Cultist!

But the game release wasn’t the end: we still worked on Cultist Simulator mobile, whether to provide updates to improve the user experience and fix issues, or to prepare for the DLCs.

Not bad for a niche game like Cultist, eh! Who said premium mobile games had no future?

But let's examine those download figures more closely. Here is how the sales chart for Cultist looks from May 2019 to February 2020:

We can clearly see spikes in sales linked to actions performed on our end, like discounts or the launch of new content with the DLC, but also with featuring.

It's interesting to note that discounts seem more impactful on Google Play than Apple - although that could be due to the way bigger Android market, plus the fact that a discounted game is easier to spot on Google Play, with the regular price being crossed out and the possibility to add the discount on the game's icon, adding more visibility.

On the contrary, when a game is on sale on the App Store, the only way to actually tell people about it is to write it down in the description, but that featuring on the App Store leads to higher sales numbers than Android.

One spike around June 19th seems that it isn't related to any actual action on the stores, but it may be linked to Lottie's post about Cultist Simulator’s mobile performance, published a couple days before this date.

It's big surprise, but China and English-speaking territories are where the game sold the most. The inclusion of Simplified Chinese definitely helped reaching out to players in China. UK's third place is probably linked to the BAFTA wins and the fact that it is a British game.

All in all, 75% of our sales occurred in only three countries: the US, China and the UK. When adding the other five major markets that are Canada, Germany, Australia, Russia and France, that amounts to 92% of our total sales.

One reason for Cultist's good performances lies in its overall good rating and ranking. Indeed, despite its niche appeal, the game has managed to remain in the Top 100 of the "Card" category despite a rather high price point of $6.99.

This matters on the long term, as it ensures a certain visibility for the game even months after its initial launch. Such visibility is heavily boosted by temporary sales and featuring from the store.

Beyond those figures, there are two things we can take away, not only from this project, but from our experience in the premium mobile game market in general.

On one hand, the rating is crucial. In general, we've noticed that if a game (especially a premium one) dips below a 4/5, it results in a huge drop in revenue and downloads. At Playdigious, we usually ensure that the lowest a rating will go is 4.2, to have some margin.

If we notice a drop, we investigate to find out where the problem is coming from… But sometimes, there's not much that can be done (like, when some people are giving a 1-star review to demand we add a certain language…)

On the other hand, the rating itself doesn't guarantee success. In fact, either a premium mobile game will reach a certain threshold of downloads, and its revenue will start getting interesting… Or the result will be a bit delicate, even with the support of a feature from the store and/or a good rating.

All in all, Cultist Simulator was, and still is, a really fun project to work on, and we're glad to see it achieve such good results on the mobile platform!

Cultist Simulator generates $226,000 on mobile in less than two months