Google confirms it will no longer be making tablets

Though company will still support its Pixel Slate hardware 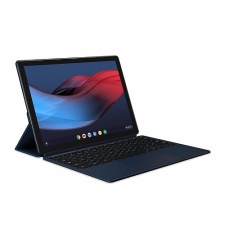 Google has stopped production of any new tablets and will not be focusing on the technology devices going forward.

After originally being reported by Computerworld, the internet giant confirmed in a statement that no more new tablets would be launched from the firm.

Google reportedly had two smaller to mid-sized tablets in development, however, work on these products has now been suspended. Those that were working on the product have also been moved to other assignments, with the majority now concentrating on new laptops.

“For Google’s first-party hardware efforts, we’ll be focusing on Chrome OS laptops and will continue to support Pixel Slate,” the company said in a statement.

In 2018 Google launched the Pixel Slate tablet but the device was received poorly, with rumours circling for some time about the department's hardware division being downsized.

Going forward, Google will continue its Pixel phone line while plans for a laptop-style product are still under consideration. It's possible that the search giant will continue to team up with other hardware companies for tablets, as it did with the Nexus range between 2012 and 2014.

Alongside this, the firm is turning its attention to the streaming market with the launch of its streaming platform Stadia, which is set to launch in November this year.