Deal reported to be worth $750 million-plus 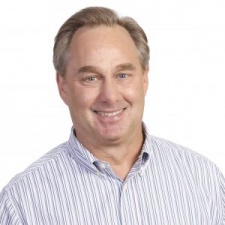 The ad company’s CEO Rick Tallman said the business will continue to operate independently and that the current management team will remain.

The deal is expected to close later this year. Terms of the acquisition were not officially disclosed, though TechCrunch reports multiple sources “with knowledge of the deal” have put the purchase figure at around $750 million or more.

As part of the deal, Vungle has also reached a settlement with its founder Zain Jaffer.

The former CEO was ousted and replaced with Tallman in 2017 following an arrest in October that year. Jaffer faced a number of charges including child abuse and assault with a deadly weapon.

Those charges were dropped by the San Mateo County District Attorney’s Office in 2018.

Earlier this year Jaffer filed a lawsuit against Vungle over his dismissal, with his attorney stating he would like his job back as CEO and $100 million in compensation.

Details of the settlement between Jaffer, Vungle and Blackstone have not been disclosed.

Vungle was founded in 2011 and is currently used by publishers of more than 60,000 mobile apps around the world. Past clients include the likes of Rovio, Zynga, Scopely and Microsoft.

The firm is said to serve more than four billion video ads per month on over one billion unique devices.

“We are extremely excited about our new partnership with Blackstone,” said Tallman.

“Blackstone’s acquisition will further accelerate Vungle’s mission to be the trusted guide for growth and engagement, transforming how users discover and experience mobile apps.

“We would like to thank Crosslink Capital and Thomvest Ventures for their support in building Vungle into a market leader. As we look ahead at the significant opportunity in the in-app mobile advertising market, with Blackstone’s support, we will aggressively expand our global platform through organic and inorganic growth.”