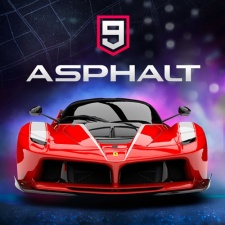 Gameloft’s mobile racing series has successfully made the switch to Nintendo Switch, racking up 1 million downloads in its launch week.

Asphalt 9: Legends launched on 8 November as a free-to-play game, including over 50 licensed supercars, local splitscreen and offline game modes, and 8-player online play.

The Switch version is the same as the mobile game (which was released in 2018), including IAPs, although without the option to view in-game adverts to earn currency.

And as with the mobile (and PC) releases, the Switch version of the game will be actively updated with new tracks and cars over time.

“Bringing Asphalt 9: Legends to Nintendo Switch is something we wanted to do for a long time, as we are great fans of this platform,” commented Guilherme Lachaut, Gameloft’s VP Strategic Partnerships.

“It has been a strong request from our community and it translates today with one million downloads in a week. This is an incredible moment for us.”