The movie is out on November 22nd 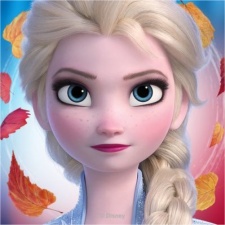 The game was launched on November 14th, allowing players to join Elsa, Anna, Olaf and Kristoff in a new storyline that looks at the history of the royal sisters.

The game features quests and puzzles with match-three mechanics for the player to conquer.

It is set in the world of Frozen, featuring various locations, one such location is the kingdom of Arendelle in which the characters live.

In addition, layers can unlock new renovations and decorations to decorate the castle and locations to better suit their individual tastes.

“Disney Frozen Adventures brings beloved characters Elsa, Anna, and Olaf to life in a new journey that allows players to design and explore the world of Arendelle while pushing the boundaries of game design to create a one of a kind adventure,” said Jam City co-founder and CEO Chris DeWolfe.

“Collaborating with our friends at Disney on the globally beloved franchise has been a tremendous experience. With the continuing meteoric growth of mobile gaming, we hope to delight millions of fans with this interactive Frozen experience.”

“Jam City have proven their immense talent and passion for Disney’s characters and stories, and we’re delighted to be working with them to bring this accessible and fun Frozen experience to players around the world.”

Let it Go, in Norway

In honour of the upcoming release for Frozen 2, Jam City has announced a competition. To take part players must be 18 and need to complete match-three levels in Frozen Adventures.

The winners receive a trip for four to Norway, the country in which the Disney movie is set. Not only that, but those who go will be shown the real-life location that inspired the story behind Disney’s animated epic.

Four years on: Jam City on the evolution of match-three hit Cookie Jam