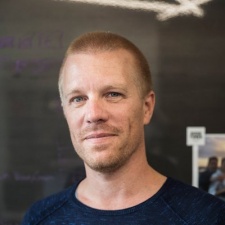 Swedish mobile developer MAG Interactive has seen a jump in revenue as the company looks to expand its portfolio.

The stats were revealed via the company's interim report concerning the period of September to November 2019, where the group's net sales were confirmed at 47.1 million SEK ($4.96 million), showing an increase of 17 per cent.

Daily and monthly active users both fell to 1.8 million and 5.9 million respectively during the quarter, representing a decrease of 19 per cent and 40 per cent compared to the same period last year

The average revenue per daily active users finished at 2.9 US cents, a rise of 33 per cent compared to the same period last year at 2.2 US cents.

"All multiplayer games have increased their ARPDAU and revenue compared to the same period last year. Total revenue across the entire product portfolio grows by 17 per cent and EBITDA lands just over five million SEK for the quarter."

Hasselberg later signed off by stating: "MAG continues to strengthen its core products while the company builds on the new games released at the end of the quarter. We have user acquisition as a base for long-term growth and we expect to be able to significantly increase UA-investments in Wordzee, which was released globally in Q1, going forward."

MAG Interactive head of ideation Matthew Buxton recently spoke at this year's Pocket Gamer Connects London on the when, why, and how of prototyping.