A "pinch yourself moment" for CEO James Draper 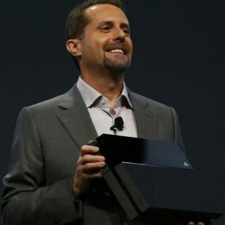 Former Sony Interactive Entertainment CEO Andrew House has joined Bidstack as member of its advisory board.

During his time at Sony, House drove Sony into the VR market. He is also considered to be a big part of the success of the PlayStation console.

"The gaming industry has always been about evolution and progression and striving for solutions that make games more fun, more relatable and more entertaining for the community," said House.

"Against a background of disruption to monetisation strategies within games, I believe that Bidstack's approach of contextually relevant ads can generate revenue without disrupting the user experience. It's a business that can make a significant impact in the space."

Welcome to the team

"It's a bit of a pinch yourself moment for me – and a huge coup for the company. When we were negotiating our first publisher deal to pivot the company into the video game sector, Andrew was the President and CEO (before becoming Chairman) of Sony Interactive Entertainment," said Bidstack CEO James Draper.

"As the man who not only led the resurgence of PlayStation in this console generation, but also diversified their product offerings globally, he will be a valuable asset, adding his wealth of experience and contacts, to the incredible team we’ve put together.

"For myself and the rest of the management team, it's a once in a lifetime opportunity to learn from a proven executive leader. Andrew is the perfect person to help us grow Bidstack into the world's largest video game network."

Bidstack also hired Adam Fisher last October, who joined the company as its new head of sales in the US. In August 2019, John Koronaios was hired by the firm as its new vice president of public relations.