A round-up of the game's industry's pranks for the day 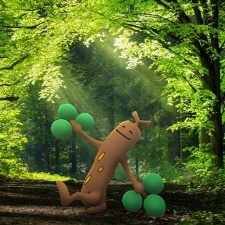 It's that time of the year again. No, not Christmas, but April Fool's Day, where people around the world play gags on one another in good humour - and often not.

Though this year is slightly different, with many groups across social media banding together to not pull off any stunts due to the ongoing epidemic the world is facing.

Regardless, a number of companies in the games industry have put together some fun and lighthearted pranks which are worth knowing about. Hence, why we have rounded up a good number of them to explore at your own leisure.

Hero shooter Overwatch has implemented a fun variant to all of its characters: googly eyes. The feature is available across all platforms and has already proved hilarious by the number of clips uploaded to social media.

Flipnote Studios is actually not coming to Nintendo Switch

After supposed leaked images made their way to the web, Flipnote Studios creator revealed that the DS and 3DS game is not being brought back for the Nintendo Switch. What's quite bizarre about this is the team behind the game leaked the images and seemed to get a lot of fans hopes up.

For April Fools PUBG has rolled out a one-week limited-time battle royale mode that utilises fantasy elements. Players can choose from Barbarian, Paladin, Wizard and Ranger with each carrying their own magical abilities. Those that jump in can claim special rewards too

Anyone paying attention to PlatinumGames' social feed will be aware that the company has been teasing four announcements since the start of the year. The final of which has actually turned out to be a fake with the Japanese developer revealing a teaser for Terra Cresta, an arcade shooter from 1985 with an April Fool's hashtag.

Square Enix has partnered with fitness training program Rizap for a comical advertisement for Dragon Quest Walk. The short video shows an overweight man being transformed into a ripped figure thanks to the AR app.

Nintendo released a trailer for what was seemingly a new 8-bit Fire Emblem Heroes spinoff starring Feh, the messenger owl. Posted on March 30th, Nintendo has now confirmed it to be a prank with the strategy title annually receiving an April Fool's gag surrounding the bird.

Niantic's worldwide catch 'em all has seen Pokemon "pranksters and masters of disguise" infiltrate the game, including the likes of Gastly, Haunter, Voltorb, Sudowoodo, Aipom, Croagunk, and Foongus.

Stunfisk will appear in-game for the first time during the event, as well as exclusive field research tasks and more frequent appearances from Ditto.

Are you a class clown? A trickster? A jokester? An event featuring some well-known Pokémon pranksters and masters of disguise is coming your way, Trainers! https://t.co/bhKRMZANRA pic.twitter.com/88DNNwpikY