Companies should embrace the changes 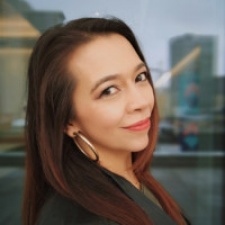 Since the coronavirus hit the world, many people within the games industry have been forced into remote working – many of which are not familiar with the format.

Problems and solutions to remote working are discussed in a panel title 'From Office to Home – How to Change a Centralised Company to Decentralised Working' as part of Pocket Gamer Connects.

The idea of remote working is a scary thing for those unfamiliar with the concept. Some firms are naturals at it – it is how they work every day. Others insisted it wasn't possible until they were forced into it.

"The events side is a huge adjustment," said Bilas.

JoyPac staff travels to meet and discuss opportunities with studios. However, the Covid-19 outbreak has forced the publisher to adopt remote working. Bilas explained that the company is using other means of communication, such as webinars to host meetings with developers.

Dizon believes that companies have become "too dependent on having the person in the same room at the same time." The idea of not having a face to face meeting throws some individuals off when perhaps they should embrace the changes.

As Natsuume pointed out, not all employees are able to make it to the office – particularly if they are from small towns and remote cities. He went on to say that meetings don't need to happen in person, emails and webinars are just as effective and cost less money – it could be used on the project itself.

Those that insist on in-person meetings even if it's across the world can be considered "very privileged."

"How do we solve pipeline and communication at scale?" said Liviu.

He believes those two factors can make or break a team, particularly when working from home. Liviu claimed, "different studios have different mentalities."

Systems such as Trello and Slack go a long way in helping with communication and organisation of work. Reyes claimed "documentation is essential," however, there can come a time when you need to consolidate how many Slack channels or Trello boards you have to stay better organised.

Nonetheless, it is essential to have multiple channels for individual projects to keep everybody up to date. In-real time contribution tools such as google docs have proven to be more efficient for the team at Square Enix, according to Reyes.

It is important to change the way you think claims Natsuume. There is no need to stick to old habits with the new resources that are available for teams to use.

Screen sharing working instead of face to face on camera is a way to collaborate when remote working. Natsuume explained that video chats could be awkward due to poor internet connection too, so screen sharing and emails are the best way to overcome those problems.

It is possible for people to rethink how they work, being forced into remote working could prove to open up opportunities for many companies going forward – even after the world returns to normal.