It's been downloaded 42 million times since April 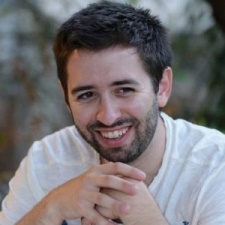 Publishers receive many pitches. It is a vital part of the industry as developers approach various firms in the hopes of getting their games and ideas out there for potentially millions of players to enjoy

One such publisher that receives a range of pitches is Crazy Labs. The company's publishing manager Rotem Eldor gave a talk on a success story – titles keep on slicing - a publishing case study – at Pocket Gamer Connects Digital #2.

Overall, Crazy Labs games have been downloaded over 3 billion times. Some of its most successful titles include Dentist Bling with 33 million downloads since its January 2020 launch and soap cutting which has attracted 44 million users since its December 2019 release.

ASMR Slicing was released in April 2020 and has already hit 42 million installs.

"The idea that came to us was based on videos," said Eldor

Kinetic sand cutting videos have taken the world by storm, so Tricky Tribe pitched the idea of creating a game based on the trend. Upon witnessing the prototype, Crazy Labs saw the potential and the originality of the project.

The aim was to turn a popular trend on YouTube into a successful Hypercasual mobile game. To achieve this, the company wanted the game to be as appealing as the videos available on the streaming platform.

The initial success of the game came from "gamifying" the popular trend. The experience was built upon by slicing the sand with haptics.

"We kind of know that we have something going across all the social media channels," said Eldor

The game appeals to most of the world's population as "It is not gender biased, males like it, and females like it." Not to mention that millions of people tune in to watch kinetic sand cutting clips.

The ASMR community is huge, and as such, offers great potential for the game to be a success as users can get the satisfying feeling of cutting the sand themselves without the hassle.

"Let's say we appealed to 100 per cent of the population and only 10 per cent played, it is time to get more aggressive."

As part of advanced UA to scale the game, the company needed to find "attractive ways without tricking users" to bring more people to the title. As such, it combined the game with YouTube videos.

"The best advice I can give you for creating an ASMR game is to make it perfect," said Eldor.