"You will have to fail many times in order to win" 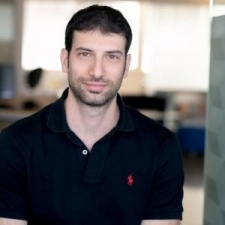 As part of Pocket Gamer Connects Digital #6, CrazyLabs head of publishing Shai Sasson, discussed whether or not indie games have the potential to be hypercasual.

CrazyLabs, known for its hypercasual portfolio, has racked up more than four billion downloads across its entire library.

However, there are three labs within the company, one being focused on hypercasual, one on casual, and one currently working on something confidential.

To determine the potential success of a hypercasual game, data is key in developing a title in the genre. It will help a studio decide whether or not it is on to a hit at a much earlier stage.

"You will have to fail many times in order to win," explained Sasson.

There will be many titles that do not make it to market. However, developers can quickly move onto the next project, learning from previous failed projects.

Such developers then go hyper to bring in an additional revenue stream, many times, they will have a dedicated team for the genre.

Hypercasual games have become more and more popular, with an ever-growing number of sub-genres such as simulation, narrative and runners.

To determine if a game can go hyper, there are a variety of factors to consider. Indie games can be niche which would not transfer well to the hypercasual genre due to attracting a lesser audience.

Moreover, there needs to be a clear goal with simple pick up and play controls.

For hypercasual games to grow, there needs to be fun enough to encourage players to keep coming back.

However, there also needs to be a level funnel and progression. Users need to feel as though they are making progress.

The audience and genre is constantly evolving. As such, ongoing content creation is vital to any developer hoping to enter the hypercasual market.

For an indie game to go hyper, it needs to go through several stages, the first of which is to clarify and simplify, making the goal clear to the player with a level structure.

Next, optimisation needs to be considered. This includes onboarding and easy-to-win first levels. Finally, monetisation layers need to be tested in order to ensure that the game will be profitable.