EVO Online cancelled as CEO is removed due to sexual misconduct

The Super Smash Bros. community has seen a large number of accusations made against pro players 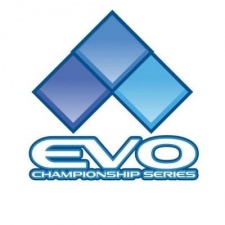 EVO Online has been cancelled after sexual misconduct allegations arose against its now-former CEO Joey Cuellar.

Taking to Twitter (below), organisers of the fighting game tournament explained that Cuellar had been let go with immediate effect and "will no longer be involved with EVO in any capacity." Currently, the company is working to ensure all ties with him are cut, as it seeks "complete separation." Tony Cannon will now act as CEO.

Due to these allegations, the decision was made to cancel the tournament. All those who bought badges will be offered a full refund. However, EVO will still donate the equivalent of the proceeds to Project HOPE.

"Progress doesn't happen overnight, or without the bravery of those who speak up against misconduct and injustice," EVO organisers wrote.

"We are shocked and saddened by these events, but we are listening and are committed to making every change that will be necessary in making EVO a better model for the stronger, safer culture we all seek."

Besides Cuellar, many allegations have been thrown at the fighting games community, a large number of which were pointed at the Super Smash Bros. community.

A number of professional players have been accused of abuse and misconduct. These include – via Gamespot – D'Ron "D1" Maingrette, Cinnamon "Cinnpie" Dunson, Richard "Keitaro" King, Nairoby "Nairo" Quezada.

"At Nintendo, we are deeply disturbed by the allegations raised against certain members of the competitive gaming community. They are absolutely impermissible. We want to make it clear that we condemn all acts of violence, harassment, and exploitation against anyone and that we stand with the victims," said Nintendo in a statement to IGN.

All across social media, the #MeToo movement has shined some much-needed light on the games industry, as it brought to light many cases of sexual abuse and misconduct, many of which are aimed at men. One such company that has been hit with a mountain of accusations is publishing giant Ubisoft.

The French firm has suspended a number of employees, including two vice presidents. Meanwhile, CEO Yves Guillemot has outlined what the company plans to do going forward to create a better culture and a safe environment for all employees.

Streaming platform Twitch has made it clear that all allegations it receives will be fully investigated. Streamers that are found guilty will receive a lifetime ban. Meanwhile, Electronic Arts have made a promise to all staff members that it will conduct thorough investigations for all cases.