Being developed by Spokko Games 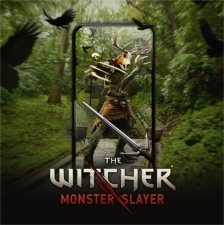 A new location-based Witcher game dubbed The Witcher: Monster Slayer will make its way on to mobile devices.

As announced on Twitter (below), the game has been created by CD Projekt Red-owned studio Spokko Games. The new augmented reality RPG will be available on both iOS and Android devices.

The game is set long before the famous Witcher Geralt of Rivia is around, making the player responsible for slaying the monsters that walk the land. Furthermore, as a Witcher, players will need to track and study the beasts that they encounter, with real-life situations such as the weather having an impact.

Besides the typical elements found within an AR game, The Witcher: Monster Slayer will include story-driven quests.

Polish games firm CD Projekt Red has already seen success on mobile with the Witcher IP, as it launched Gwent on iOS devices in October 2019, after a team of 100 worked on the card game. Moreover, in March 2020, Android users were finally able to get their hands on the popular title.

With a valuation of $8 billion, CD Projekt Red is the second-biggest games company in Europe.