More than half a million revenue 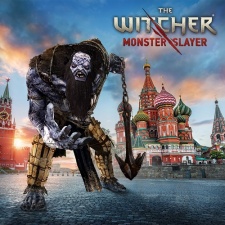 The Witcher: Monster Slayer has achieved more than one million downloads in its first week, according to Sensor Tower.

Developed by Spokko (a subsidiary of CD Projekt) and released on July 21st, the location-based AR game has players facing off against creatures from the world of the Witcher.

After a troubled first 24 hours, which resulted in a number of bugs and issues surrounding level experience, the game has managed to go on and achieve an early respectable number. The top country for downloads was claimed by Poland (home to the studios).

In comparison, Pokémon GO earned itself 10 million downloads in seven days - at the time breaking the record to that hit that milestone after previously being held by Clash Royale at nine days. Harry Potter: Wizards Unite reached 3.1 million installs in its first week, while Minecraft Earth (now shut down) accumulated 1.2 million.

Something that potentially might be comforting to Spokko is that The Witcher has nearly doubled the first-week installs of Jurassic World Alive, which has proven itself to be one of the more successful titles in the genre. The game recently crossed $100 million in revenue and 25 million global downloads.

When it comes to how well The Witcher: Monster Slayer fared financially, the game generated $534,000 in player spending. Those in the US contributed the most to this figure.

Again, comparing to the juggernaut that is Pokémon GO and the game was bringing in close to $10 million a day during its first few months. On the other hand, Minecraft Earth failed to cross $500,000 in its entire lifetime, so The Witcher already has that beat. It's now a case of seeing how much longevity the game has.

The Witcher: Monster Slayer is available to download across iOS and Android devices.

Pokémon GO developer Niantic recently revealed that it is working to reverse a number of false account bans in the worldwide catch 'em all.