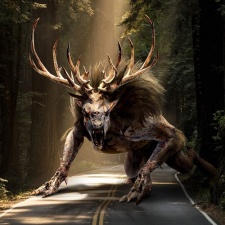 Update: Spokko has confirmed that the studio was notified about various errors and have fixed the in-game experience bug.

The company has told PocketGamer.biz that its support team are working to fix any ongoing issues and is focused on processing the number of tickets players report.

Original Story: The Witcher: Monster Slayer suffered major issues at launch with many players unable to gain access, while others had their game data reset entirely.

Launched on July 21st, The Witcher: Monster Slayer is a location-based augmented reality action game that takes place in the world of The Witcher. Players were expected to have been able to hunt monsters, battle them and complete quests all while exploring the real world. This, however, did not come to fruition.

Many players were unable to load the game entirely for the first few hours (something we experience first-hand), with an error message pointing to ongoing maintenance. The official Witcher Monster: Slayer Discord channel has been rife with group members reporting game-breaking bugs since.

Following this, once logged on to the mobile game, a number of users discovered that they had been pushed to a much higher level (ranging between level 25 to 40) upon completion of the tutorial. Some of these affected players were given the maximum level, with others jovially congratulating them on "completing the game" in the chat.

Developer Spokko, a subsidiary of CD Projekt, began responding to the issues via email, giving each a ticket and assigned number. As a result, anyone that reached out to technical support was asked what level they would like to be reduced to, with seemingly no limit between minimum and max.

Users in the Discord claim that over 4000 support tickets have been filed so far with many sharing their numbers and frustration concerning lack of response from the company. Several suggested that a rollback to the original build was necessary and that the game should have remained in beta.

Spokko is a Polish studio that is thought to be made up of a small team, ranging from around 51 to 200 employees (according to its LinkedIn page).

"To fix the issue with your experience - we can lower your level to the one you choose," reads the email (obtained by PocketGamer.biz).

Those that were willing to wait were then requested to share their WitcherID, level requirement and a screenshot from their character panel. Spokko then indicated it would look to resolve these problems but noted that the "process may take some time."

While data is quite limited at this time, it has been confirmed that The Witcher: Monster Slayer ranked in the iPhone App Store's top 100 most downloaded free games in 20 countries on launch day (via Sensor Tower). Additionally, the location-based title has continued to top the charts for both the Czech Republic and Poland.

This incident follows the troubled issues CD Proket Red encountered with the launch and subsequent problems surrounding Cyberpunk 2077 in December 2020. This culminated with Sony removing the action RPG from the PlayStation Store, only to return six months later in June this year.

PocketGamer.biz has reached out to Spokko and CD Projekt for comment.

Outside of Pokémon GO, location-based games have struggled to find an audience with several plagued with problems - especially around release.

We previously discussed why Niantic's follow up to Pokémon GO - Harry Potter: Wizards Unite - failed to find the magic.