"There is still space to explore and experiment…" 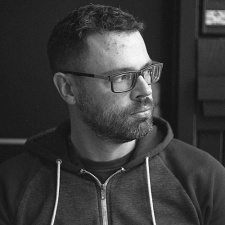 Marc Poulin is a producer on Jurassic World Alive at Ludia

That leads us to our semi-regular Live and Kicking series, where this week we spoke to Ludia producer Marc Poulin surrounding the three-year anniversary of the location-based augmented reality game, Jurassic World Alive.

PocketGamer.biz: With Jurassic World Alive now more than three years old, how do you reflect on its performance as a series – from launch to the title it is now?

Marc Poulin: Since the launch of the game, we could see that we had a dedicated group of players who really loved the brand and enjoyed what we offered. That love and dedication have allowed us to continue adding awesome content year after year.

Now in 2021, we’re still going strong and releasing new content and features faster than ever. Since the beginning of the year, we’ve introduced achievements and customisation through titles and badges, epic DNA trades, flocks; all the while including beautiful dinosaurs and raid bosses.

We are currently over 60 on the core game team, but that’s still not counting all the other people who support our day-to-day operations...

Add to that the success of Netflix’s Jurassic World: Camp Cretaceous series, as well as our ability to synergise with it by adding dinosaurs like "Bumpy" into the game, the future's looking bright as ever for Jurassic World Alive.

The team has remained quite sizable since launch to support both development work on
releases, as well as our day-to-day in-game activities.

We are currently over 60 on the core game team, but that’s still not counting all the other people who support our day-to-day operations whether through customer support and moderation, marketing, technologies… it really takes a village!

We know our community is avid for communication with our customer support and community team interacting with them on a daily basis. Having this direct line of communication is important and is a relationship that we are constantly looking to elevate.

We’ve always worked closely with these teams, but we’ve also introduced some new channels to gather and respond to feedback. Earlier this year, we introduced a dedicated influencer specialist so that we could improve and streamline our communications with influencers.

We also plan to introduce an updated "Newscenter" feature in the coming weeks that will greatly improve our ability to communicate with our international audience, as well as with players who aren’t involved in the forum community.

What steps have you taken to ensure that Jurassic World Alive maintains a sizeable and active player base all this time after its launch?

Since the game has now reached a certain level of maturity, we really see a few different player groups, each with their own needs/wants. So our strategy really involves finding the right balance to keep everyone engaged.

Our focus for top-tier endgame players is really around keeping the meta fresh and maintaining a fast-paced update schedule so that they always have some new creatures to play around with. We started working towards a more frequent release strategy in 2020 and have really been able to deliver on this since the beginning of 2021, despite working from home the entire time.

For new players, we’ve been tweaking the tutorial experience since the beginning of the year. Revamping such a core system as the tutorial was a huge investment and a lot of work for the team, but this has unlocked our ability to test various configurations and approach this iteratively with promising results.

I think that the entry cost to get into the genre will continue to be one of the barriers for a lot of companies.

Jurassic World Alive has always embraced a mixed approach. From the get-go, we aimed to provide a rich experience on the map but also a strong player versus player (PVP) offering that would be adapted for home play. Over time, we’ve maintained a balanced approach to keep both aspects of the game interesting - whether that’s through Raids and Sanctuaries on the map, or through tournaments and championships for the PVP experience.

We did adjust some things to make them more accessible during lockdown, but we continued balancing our development to address both sides of the experience. We’ve also maintained a strong commitment towards building community features that would encourage players to interact and cooperate with each other.

Do you expect location-based games to continue to grow once the pandemic is over, or are people over the genre?

I do believe that there is still space to explore and experiment in location-based games, although I do think that it will remain a somewhat niche market. I think that the entry cost to get into the genre will continue to be one of the barriers for a lot of companies. Those that have managed to build the expertise will be able to capitalise on it to keep a strong position in the market.

What would you consider Jurassic World Alive’s biggest achievement since launch?

Definitely the launch of our Raid feature in the summer of 2020. This feature really required work on all fronts - populating these huge bosses on the map, making sure that players could form groups, handling a large battle scene… not to mention the amazing designs for our Apex animals.

That the team was able to ship this feature in the midst of a global pandemic while adapting to work from home is really a testament to how dedicated we all are to providing awesome new experiences for our players.

I can’t go into performance KPIs, though we did put together some fun stats we thought our players would appreciate. Since launch, we’ve had more than 25 million downloads, 311,000 alliances created and more than one billion battles fought.

What lessons have you learned/are you still learning from Jurassic World Alive? Is there anything about the game that, in hindsight, you'd now handle differently?

This year’s work on the tutorial improvements has been a very good learning experience. Over the past two years, we had made some changes we believed would be slam dunks but they didn’t really have the impact we hoped for or expected in many cases.

Refactoring the system and switching to one that would more easily allow for iteration was a huge investment but has really allowed us to proceed much more iteratively, which has led to some interesting insights.

Finally, how has your experience with Jurassic World Alive informed where you are/what you're working on now?

For me, personally, Jurassic World Alive will have had a huge impact on my career and what opportunities are available going forward. I’ve been with the team since the late pitch stages, where I was part of the design team.

I then moved to an associate producer for the first two years of live operations and now am in the producer seat on the project. It’s been a wild ride and I’m so glad I’ve had the opportunity to enjoy it with such amazing people!