These scientists have not been preoccupied 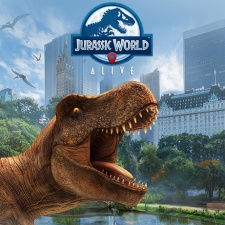 Ludia's location-based augmented reality game Jurassic World has grossed more than $40 million globally since launching in May 2018, according to Sensor Tower.

The title currently considered the second-best challenger on the market to Niantic’s juggernaut Pokemon Go, which reportedly made $785 million from in-app purchases alone in 2018.

These three games made combined sales of approximately $4 million in January 2019. By comparison Pokemon Go was estimated to have earned $68.1 million last month.

Interestingly the amount that Niantic’s monster catching title made for the same month was $8 million more than Jurassic World, The Walking Dead and Ghostbusters have all made since launching.

Ludia recently partnered with Universal Studios to release a mobile game surrounding the film franchise How To Train Your Dragon.