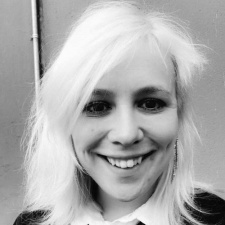 Polishing a game for too long is one the many common missteps a new indie developer makes, according to Umami Games CEO Riley Andersen.

Speaking at PGC Helsinki Digital, Andersen shared the struggles of her early free-to-play career and the lessons learned since forming the Danish-studio. Most notably, at a previous company, it took 10 months to create one hypercasual prototype.

"That is is way, way, way too long," said Andersen.

"Now at Umami Games in the same 10 months, we could create 80 prototypes with the same sized team. That gives you 80 chances of creating a successful game as opposed to one."

Umami Games is made up of three developers with each employee creating their own game. Founded in April 2019, the studio has launched 25 games and worked with multiple publishers during that time.

Aside from spending too much time polishing games, other negative factors discussed were not trusting data and publishing managers, as well as a lack of time management and prioritising.

To combat this, Andersen recommended "having the right mindset", "kill your darlings" and "avoid distractions and have one focus". These were all classed under level one problems.

Later on, an indie hypercasual studio will encounter what was described as level 100 problems. These include market competition, competing on business terms instead of developer terms, and "insanely low hit rates for unicorn games".

Tips for taking on these particular issues were being as professional as the biggest companies in the business, early testing and data analysis, on top of volume being the best strategy to optimising your chances of success