"What they are looking for are real partners, deeply engaged with the customer objectives, and providing quick solutions to their demands" 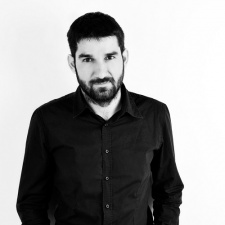 Jesus Bosch is the CEO of Spanish firm Starloop Studios

As games get bigger and more complex, more and more developers are turning to the help of outsourcing firms to ease the workload and make sure their games are the best they can be at launch.

But there's more than just development work that an outsourcing firm can do, and the relationship can go further than just being a separate studio to offload work to - something Starloop Studios knows well.

To find out more, we spoke with CEO Jesus Bosch about all the different services the firm can offer developers, and why he's planning to double the studio's headcount over the next year.

PocketGamer.biz: What is your background in the games industry?

Jesus Bosch: I have been in the industry for almost ten years now. I started as a developer, evolved through the product, and eventually focused on the business side of it.

During these years, I worked at different game companies that I have founded or co-founded, and have been lucky enough to collaborate with big companies such as Scopely and Social Point in various projects.

I also feel honoured to have been able to work with a great team that has developed some successful games that reached top positions in the digital app stores. My theory is that hard work, combined with a good team, always pays off.

Why did you decide to start Starloop Studios in 2011?

I have had a great passion for games since I was a young kid: I played many hours, and when I was not playing, I would be coding games (or trying it), or spending hours reading programming books.

My theory is that hard work, combined with a good team, always pays off.

I used that passion when building Starloop, with the intention of developing and publishing games on the Windows Phone store… since it didn't work (obviously), I learned that my passion for developing games could become a service: offering game development services where you don't just put the hours on the table, you also put your heart in it, and share an objective with the publisher or developer to build the best game.

Many studios can offer game development, but not many of them put the passion for the games at the centre of their value proposition.

What is the game development scene like in Barcelona, and how has it evolved since you opened the studio?

Barcelona has been experiencing a revolution in the game development scene in the last few years.

Most big studios have representation here: King, Outfit7, and Ubisoft, to name a few, joined Barcelona, whereas before you could already find some local studios that were doing good things, such as Social Point, later acquired by Take Two.

Massive amounts of talent are being attracted and generated, and this causes a gravitational pull that captures more studios in the process. It is an exciting time for Barcelona. I think it benefits everyone: big and small studios. There is always some level of rotation between studios, and that nurtures everyone in the gaming industry.

What services are Starloop able to offer to developers?

What I love the most about Starloop is our flexibility: we can build a full game, from development to QA and building its marketing art for the store, or we can port existing games to new platforms and markets, or we can offer stand-alone resources to studios: this can be anything necessary to build a game, from front-end development to VFX or Concept Art.

What do you think is the main reason studios may want to turn to an outsourcing company to help development on their game?

We see different cases among our clients. Cost is one of them, since the cost of living in Spain is quite affordable compared to most regions in North America or Europe.

It is important to ramp up and down the capacity quickly, and even more important, to bring specialized talent quickly.

For instance, we have extensive experience in game porting in most platforms, be it new platforms such as console, mobile, or VR or bringing content from legacy technologies such as Flash to more modern ones like it could be HTML5 or Unity.

Or we also have extensive experience in Match-3 game development that is hard to find.

You can always hire an expert on match-3, but what about a whole team that has worked on top-grossing games for the best publishers in the App Store?

How has the ongoing pandemic affected your business, if at all?

There were big studios that were relying heavily on office infrastructure to share code, access internal servers, and arrange meetings. They eventually adapted to the new reality.

It was not our case. We adopted working from home policies long ago, and it was just a matter of scaling up all the systems. So now everybody is working (happily) from home, with no hiccups.

From the business perspective, since the gaming behavior penetrated even more in our audience, we have more inquiries for porting games to different platforms, supporting existing games for LiveOps, or even creating new ones from scratch.

Besides the pandemic, what do you see as being the biggest problems facing the games industry in 2020?

I follow with interest the battle between Epic and Apple/Google, that may change everything. But one of the big things to look at is also the concentration of the industry.

Major studios have been acquiring smaller ones, and big developers will keep getting bigger. It could cause difficulties for the small studios that have to compete with fewer resources and will have to use the tools at their disposal - creativity and flexibility.

As games become bigger and more complex, do you think we'll see more outsourcing companies like Starloop appearing in the industry to help developers cope with the demands of these new games?

What they are looking for are real partners, deeply engaged with the customer objectives, and providing quick solutions to their demands not only in the short term but in the long term, integrating themselves in the company processes in the projects where they are involved.

It's how we see outsourcing must work, especially in these times.

What are your plans for Starloop over the next year or so?

We are currently executing an ambitious expansion plan where we are not just offering development anymore. We want to become a one-stop studio for our clients, where they can experience not only our premium game development services, but also QA Testing and Game Player Support services.

It can be of great advantage to offer them under the same team, where all the services are in direct contact and are well synchronized.

We have been beta-testing these services on some close partners, and we are ready to scale them up in the next few months. We plan to double the headcount of our team from 70 plus people to about 150 at the end of 2021.

How do you think the games industry is going to change and evolve over the next 12 months?

On the other side, the market will keep experiencing consolidation, combined with IPO activities that will increase the competitiveness for the top ranks in the App Store even further.

And, very interestingly, IDFA deprecation has been delayed. It will be interesting to see how big studios and advertisers react to this changing environment.

Head on over to the official Starloop Studios website for more information.