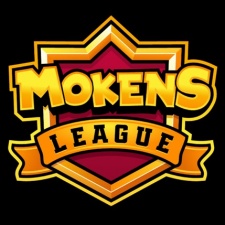 The platform includes games such as soccer, tennis, baseball, hockey, and beach volleyball, with play-to-win environments that focus on gameplay.

From beginners to experts, players will be able to earn the in-game currency by playing and winning in games, tournaments and leagues. This currency can then be used to buy NFT characters for a player’s team, or they can be traded, lent out or sold.

The same currency will also be used for the purchase of consumable items and upgrading the performance abilities of NFT characters, which themselves are unique and randomly generated. By upgrading them, their market value should increase.

In the coming months, there are plans for public and private sales of Mokens League’s tokens, $MOKA, and its in-game NFTs will be launching through its marketplace.

"NFTs and tokens can be enticing for players to play our games, but as always, what will retain gamers is fantastic gameplay and esports mechanics" said Monster League Studios CEO Martin Repetto.

"The longest played games in the world right now are competitive esports. That’s why our main priority right now is to make a game that is fun to play, easy to get going but hard to master.

"Like chess or poker, there will be different levels where people can compete without getting overrun by pros or hardcore players. These games should also be as fun to play as they are to watch because the streaming community is the number one driver of game adoption at the moment."